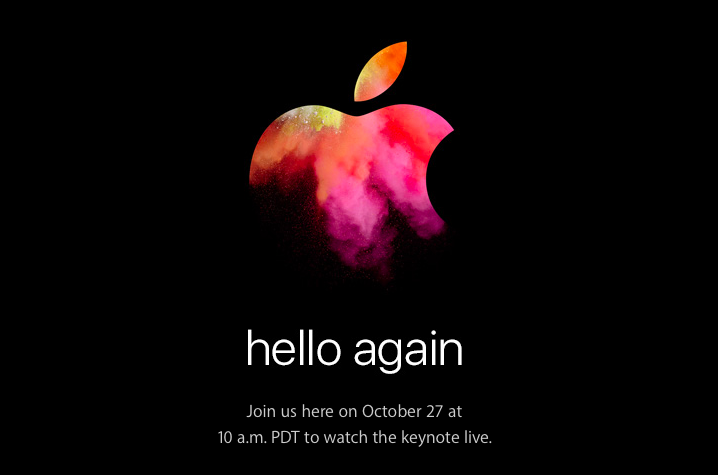 As expected, Apple announced an October event, set for Thursday the 27th, and likely to be the last held in its Cupertino Town Hall.

The company is widely anticipated to announce updates to the Mac lineup, which has grown long in the tooth. The invitation for the event reads “hello again,” a clear nod to the message that introduced both the original Macintosh as well as the first iMac. The use of that phrase would suggest that Apple is presenting something similarly important — something similarly worthy of an “introduction.” Using that special phrase for anything less would be disappointing.

The question is: How many Macs will be updated. The Mac Pro and Mac mini have gone especially long without a refresh and Apple’s attention to these products will likely be viewed as indicators of how seriously the company takes the markets they serve — especially the pro market.

Also to watch: Will new Macs follow the iPhone in getting rid of the headphone jack? (Almost certainly not.) Will they trade in the MacSafe connector in favor of a USB-C port? (Probably.) Will the function key row be replaced by a dynamic LCD or e-ink panel? (Maybe.) Only time (and Tim Cook) will tell.

The event will be streamed live on AppleTV and from the Apple website.