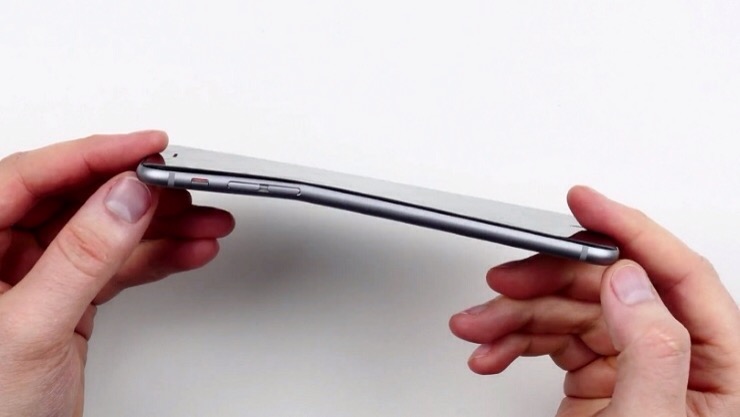 Following reports of Apple’s iPhone 6 plus bending in users’ pockets, the company issued a statement to media outlets (via The Loop):

“Our iPhones are designed, engineered and manufactured to be both beautiful and sturdy. iPhone 6 and iPhone 6 Plus feature a precision engineered unibody enclosure constructed from machining a custom grade of 6000 series anodized aluminum, which is tempered for extra strength. They also feature stainless steel and titanium inserts to reinforce high stress locations and use the strongest glass in the smartphone industry. We chose these high-quality materials and construction very carefully for their strength and durability. We also perform rigorous tests throughout the entire development cycle including 3-point bending, pressure point cycling, sit, torsion, and user studies. iPhone 6 and iPhone 6 Plus meet or exceed all of our high quality standards to endure everyday, real life use.

With normal use a bend in iPhone is extremely rare and through our first six days of sale, a total of nine customers have contacted Apple with a bent iPhone 6 Plus. As with any Apple product, if you have questions please contact Apple.” It’s still unclear whether the phones are being bent while in users’ pockets or under more unusual conditions, but fans of competitor Samsung have apparently jumped on the issue with an ad that shows the iPhone literally bending down before the Samsung Galaxy Note 3. (The ad has frequently been attributed to Samsung itself, but a spokesperson said he had no knowledge of the ad and pointed out that the company would be more likely to promote its upcoming Note 4 than its existing 3.) And, from a marketing perspective, that would be a risky move for the company if its phone shows a similar proclivity.